Portraits and Interviews at Shinnecock, 2018-Present

The Shinnecock Portrait Project is a documentary photography project that aims to increase the recognition of the Shinnecock Indian Nation by combining traditional portraiture, 360-degree panoramic portraits based on Google Street View, and audio interviews discussing local issues accompanied by transcribed text. The project is a culturally significant way of preserving who we are at this present moment for future generations and a positive method of sharing images of who we are as a community.

Throughout the post-colonial period, Native people have continuously been pushed to the margins of acknowledgment, whether being presented as a vanished race or not being native enough. The Shinnecock Portrait Project was inspired by this same idea, while looking at Google Street View of my home community, the Shinnecock Indian Reservation in Southampton, NY, there is no data available for the entire territory. Whether that may be due to lack of permission or respect of a sovereign nation, the omission of documentation and representation leaves a gap nonetheless.

This project uses the technology of Google Maps and user submissions to fill this hole by providing 360-degree-panoramas of the reservation’s roads, purposely featuring a different tribal member in each environment. In this way, we allow the outside to see us, the land and the people. 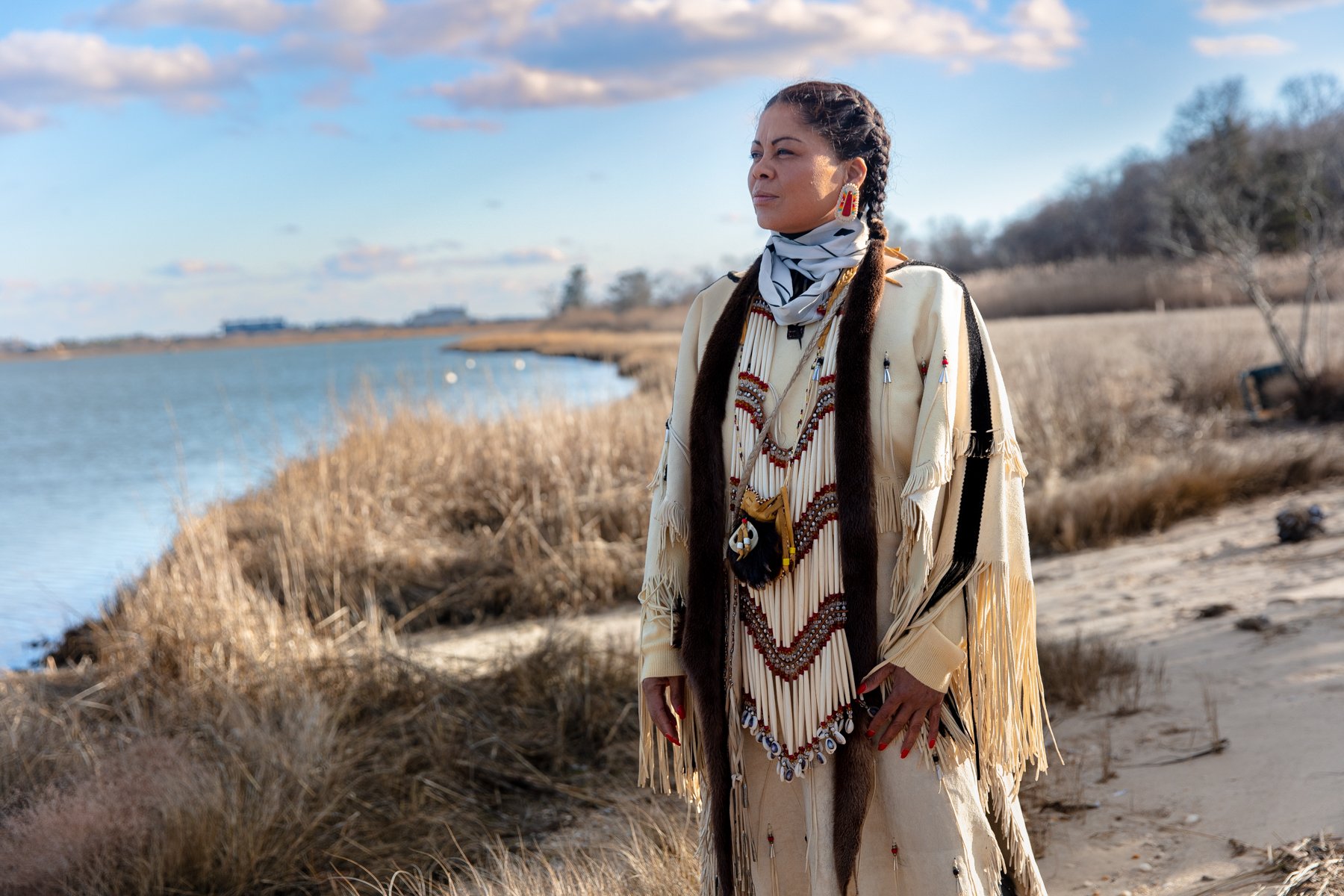