The annual Pow Wow (Powwow) is the time of gathering for tribal nations and a welcoming to the public to celebrate traditional and contemporary Native American cultures and people.

From early colonial periods, public observance of ancient harvest and Pow wow celebrations were suppressed by colonial authorities during the early 17th century.

The public celebrations did not continue until 1912 to 1945 as small pageants.

The modern Powwow did not become an annual event until after WWII. Chief Thunder Bird (Henry Bess) served as the Shinnecock ceremonial sachem from 1939 until his death at the age of eithty-two in 1989. He held a small Powwow on his property after visiting a Narragansett Powwow in Charleston, RI in August 1946.1

Below are the Long Island based Powwows hosted by tribal nations, along with their annual schedule. 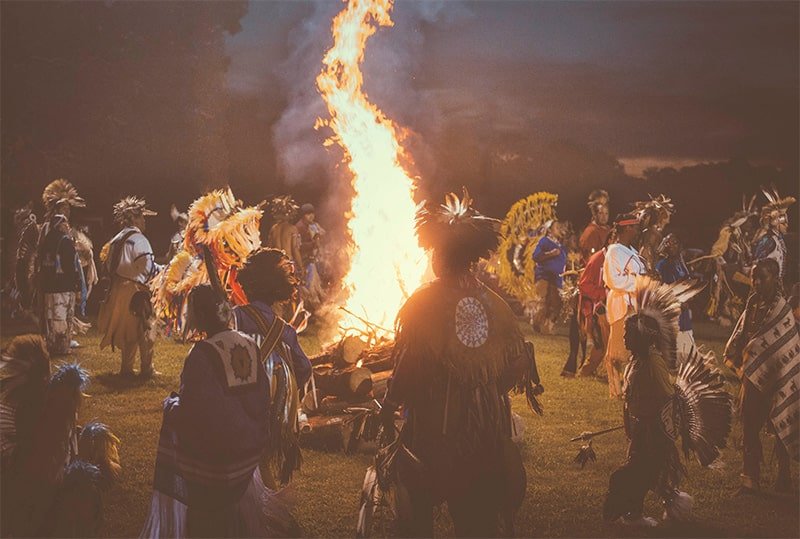 The Shinnecock Indian Pow wow is one of the largest Native American Gatherings on the East Coast. As we dance upon the earth we are reminded that our culture and love for one another is the resounding heartbeat that transcends all that we face; wherever we face it. We dance upon our drum. The sound of the drum and our footsteps are recorded year after year within the drum that we dance upon. We may be the only Nation that dances upon its drum.

Craft Vendors, Food Vendors, Storytelling, and much more. Come join us for a day of fun and take a piece of our culture home with you. Bring a blanket or chair to sit..