Ages ago, what is now New England and New York State was covered by the great Wisconsin glacier. Then, about ten thousand years ago, the glacier receded, leaving behind deposits of sand, rock, and soil that gradually formed Long Island. The receding glacier carved out a huge depression, which soon filled with water, forming a sound. Averaging about ten miles in width, the sound separated the newly formed island from the mainland.

This was to become the water highway connecting aboriginal communities on Long Island with the coastal Algonquian peoples in what is now southern New England. The Unkechaugs,  the Setaukets, the Shinnecocks, the Corchaugs, and the Montauketts on eastern Long Island, for example, were closely related linguistically to the New England tribes who lived across the sound.1

The slowly melting ice mass deposited parallel terminal moraines that stretched the length of the island, forming a “backbone” of low hills.

The Harbor Hill moraine running along the north shore of the sound was separated from the Ronkonkoma moraine, which ran through the center of the island, by an area consisting primarily of rich, fertile loam. Numerous freshwater streams cut through these hills as they flowed to the sound. 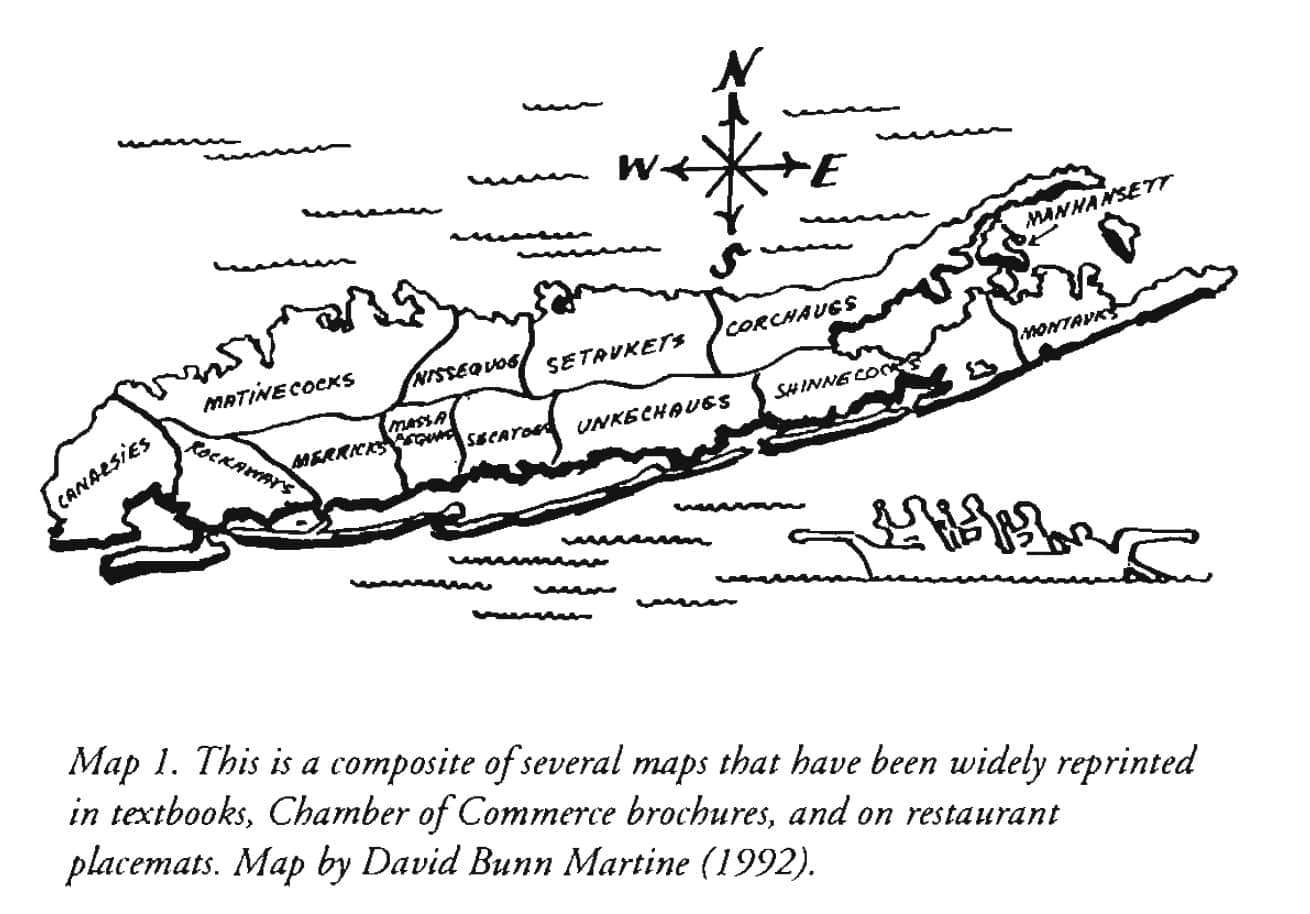 It was here that the Setaukets, the northern neighbors and close relatives of the Unkechaugs, established their villages and their hunting territory. The Unkechaug territory was located on the sandy outwash plain to the south of the Ronkonkoma moraine. This land sloped gradually down to tidal bays on the Atlantic shore. Freshwater streams, as they flowed into the Great South Bay and Moriches Bay, framed the necks of salt meadows. Scattered throughout the area were “kettle holes,” which formed as the weight of the glaciers pressed huge chunks of ice into the ground. Some of these kettle holes filled with spring water, forming ponds that attracted a rich abundance of wildlife in the gradually changing postglacial ecosystem.2

Daniel Denton, one of the first white settlers on western Long Island, said that on the south side of the island there were “an innumerable multitude of seals, which make excellent oyle: they lie all winter upon some broken marshes and beaches, or bars of sand.”3

There were also whales and other sea mammals, which frequently became stranded on the barrier beaches.4

Over time a deciduous forest complex replaced the evergreen tundra ecosystem. A great variety of white and red oaks, hickories, tulip trees, maples, black cherry , black walnut, elms, and chestnut trees gradually covered the land left barren by the glacier. These trees provided a rich variety of nuts, fruits, and seeds and a cover for an undergrowth of nutritious plants. Conifers, such as pitch pine, white pine, red cedar, red spruce, Atlantic white cedar, and hemlock, also formed vast stands. The emerging ecosystem of forests, wetlands, and meadows was an abundant habitat filled with a diversity of edible plants.

Sonquoqua was an Indian who lived at this place, a

The Southold Indian Museum opened in 1962 with a m