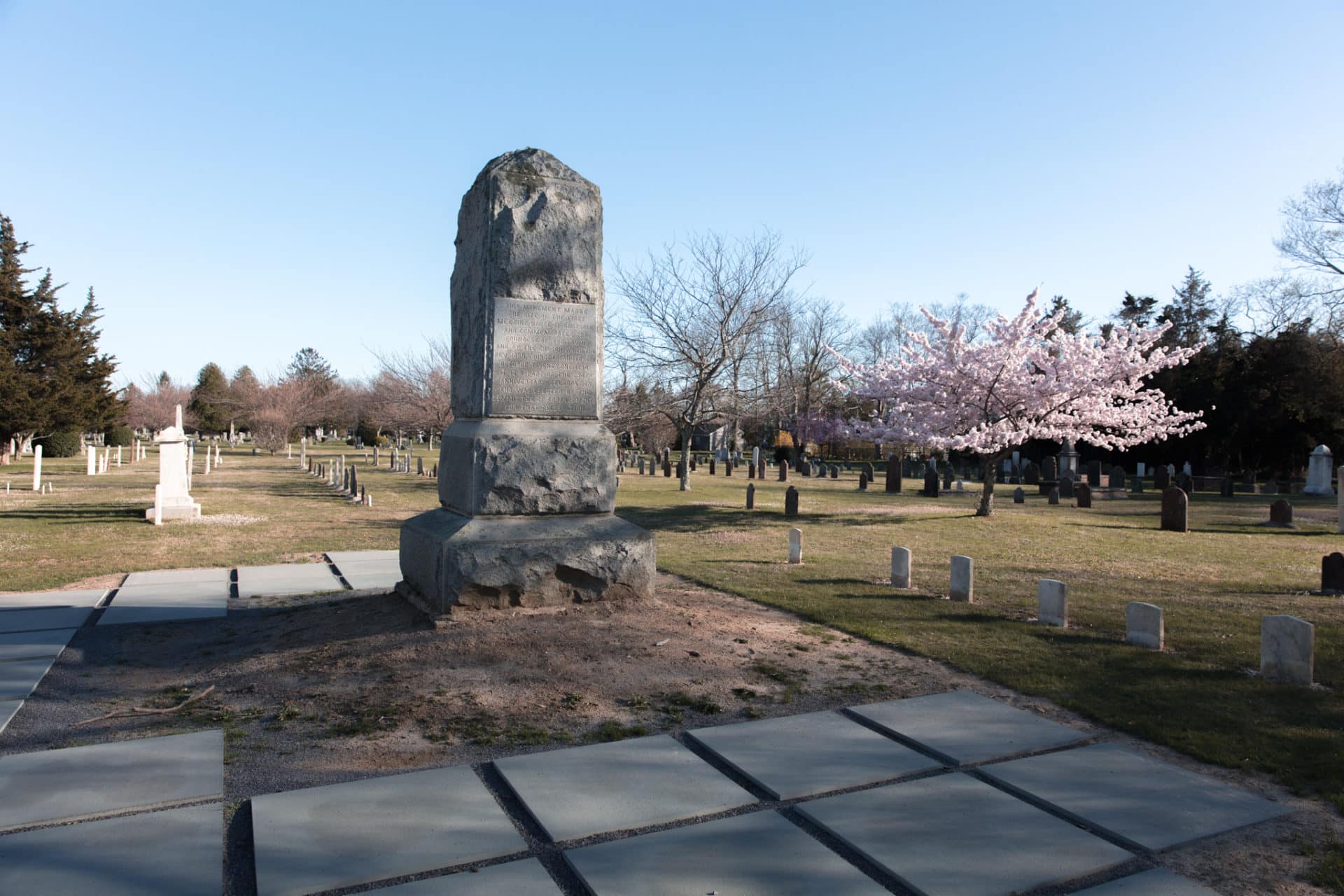 Yennicock, now known as Southold Town, was once land occupied by the Corchaugs people who inhabited the North Fork of eastern Long Island. The land was deeded in 1665.

Before 1640, title to all the land from what is now Orient Point to Wading River was bought by New Haven’s magistrates from the Corchaug Indians. Youngs and his Adherents moved onto land already cleared by the Corchaugs, whose name for the area was Yennecott. 1 The Southold Town records state that ‘they bought the land from the Indians who dwelt there for ‘forty yards of trucking cloth or the wourth of the same.‘

The First Presbytery Church was founded in 1640 as the “First Church of Christ in Southold” under the leadership of the Rev. John Younges (Youngs) from Southwold, England.

The exact location of the first “meeting house” is not known, but it was probably a short distance west of the present church, on the site marked by the Founder’s Monument.

The second church was erected in 1684 and stood on the north side of Main Street nearly opposite the first. The present edifice was erected in 1803, on land bought in 1697 from John Herbert. Originally the building measured 40 feet by 60 feet, and had a seating capacity of four hundred. The steeple was added in 1808 and in 1855 an iron triangle, still in possession of the church, was removed and a bell hung in the steeple. The town clock was placed in the steeple in 1884. Other additional improvements have been made since then, but with every effort to preserve and enhance the simplicity of the colonial style architecture. 2

The church built in 1640 served the colonists in Southold not only for religious services but was also the center of town government and its arsenal. Each freeman from 16 to 60 was responsible for his own gun and ammunition, for militia service, and for standing watch over the community. Fines were imposed for dereliction of duty and for disobedience. The colonists were so mindful of possible attack that the church contained a gun rack in which worshipers could store their guns during services.

The settlers brought in the infamous Indian fighter, John Underhill, to live in the center of the community at Feather Hill. Fortunately, the Corchaugs were few in number, peace loving and helpful so Underhill’s services were not needed for long. 1

The Indians who formerly occupied these lands were pushed out while a number were enslaved.

In 1698, for example, James Pearsall of Southold sold to John Parker of Southampton an eight year old Indian girl named Sarah, “daughter of one Dorkas, an Indian woman”. Sarah, described by Pearsall as “my slave for her lifetime,” brought the sum of sixteen pounds, becoming the property of Parker and his heirs “during her natural life”.

During the late 17th century, many Corchaug Indians died of diseases contracted from the white settlers and many others intermarried later with black slaves whose children became the property of Southolders. 3

After securing English title for most of the South Fork, Govenor Theophilus Eaton sent his agents to Southold and purchased the rest of the land on both sides of the town.  On December 7th, a deed for Southold was executed to Capt. John Youngs, Barnabas Horton, and Thomas Mapes, which was signed by the sachem and thirty-five elders of the Corchaugs. The Indians name for the place was Yennicock. 1

Prior to this time, a tract of land near Hashamomuck Pond on the eastern border of Southold had been purchased by William Salmon, a Southold Settler, from a sachem named Paucamp in 1645. A week after the East Hampton transaction, Eaton and Goodyear bought a tract of land lying to the east of Southold from Momoweta. The boundary began at a stream named Pautuckatux near Hashamomuck Pond just east of the Southold settlement and extended eastwards to the end of the Island. The deed also included title to Plumb (Plum) Island.

According to the deed, Momoweta gave the land to Eaton because of the “love and affection he beareth unto Theophilus Eaton,” and a payment of six cloth coats. Taken literally, it would seem that Momoweta had a naive, childlike affection for Eaton – though it is more likely that Momoweta had been attempting to establish an alliance with the English which would give him military protection and access to European trade. 2

When Southold became a part of the Jurisdiction of the New Haven Colony, the people and government of that plantation sometimes called the town by it’s Indian name Yennecock, or Yennecott – and sometimes by it’s English name of Southold.

As the people of Southold were planning to build a village at the western end of the territory of the town on Wading River, they voted in the Town Meeting that it should be called West hold. 1