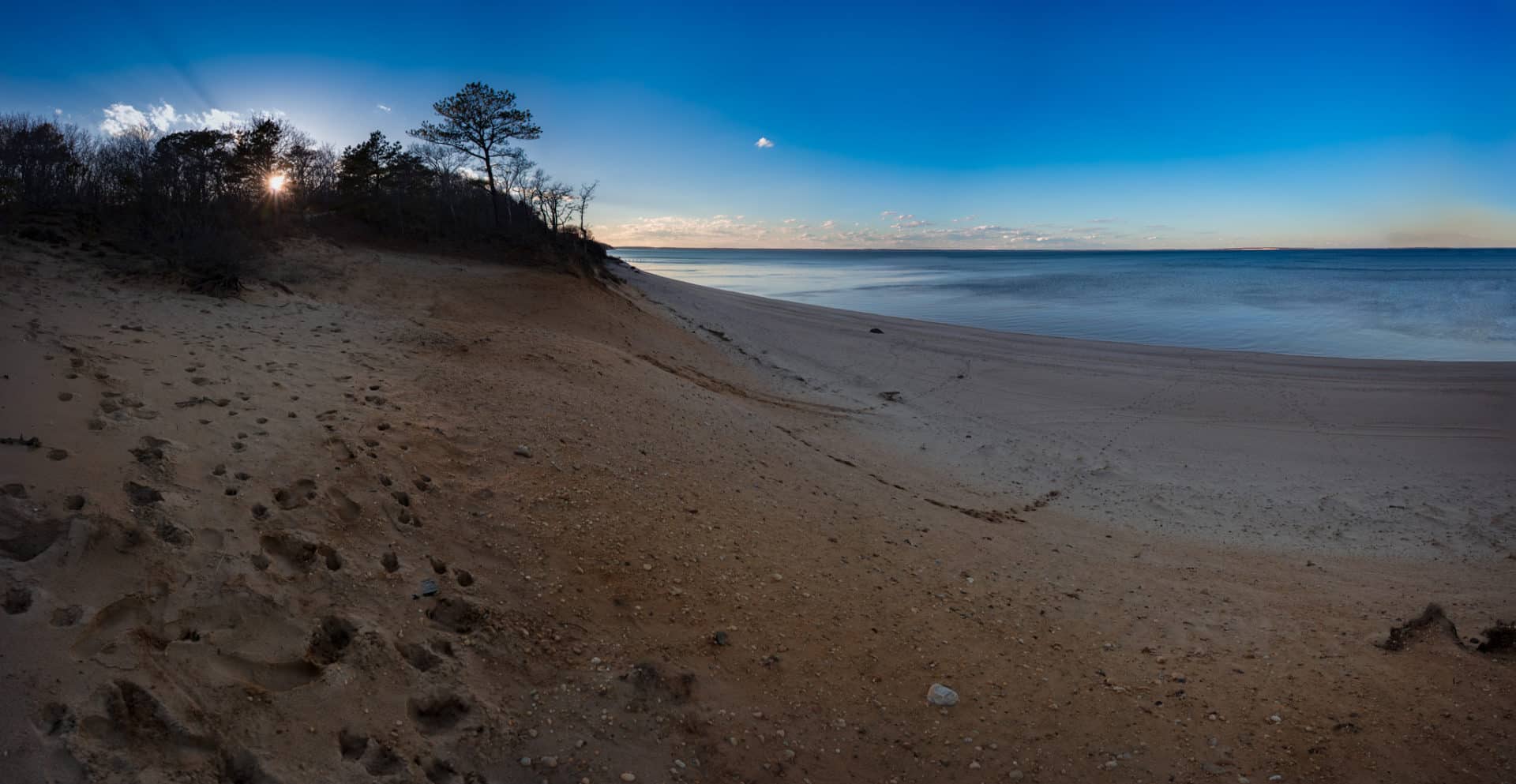 West Woods is a forty acre beach and woodland area owned by the Shinnecock Tribe. The woodland and beach area is used for contemporary social gatherings, weddings, celebrations, camping, and sweat lodge ceremonies.

In recent times, West Woods has been encroached upon with it’s blurred boundaries. At the start of the 1747 100-year timber lease to the Shinnecock by Southampton Town, the land encompassed one hundred acres.

According to an April 1808 vote by the town of Southampton, an authorization for the leasing of timber land from the town proprietors was made to the Shinnecock. 1

During a Shinnecock Tribal Meeting, the tribe voted that the tribe defend any one who might be sued for cutting wood in the west woods. 2