Ronkonkoma was once a freshwater pond with a prehistoric village settlement.

Many romanticized and false nineteenth and twentieth-century legends are associated with this site.

Today, the water of Lake Ronkonkoma has been deemed too toxic for swimming.

Lake Ronkonkoma was first studied in 1900 by Wm. M. Beauchamp who writes in the New York State Bulletin (pp. 149);

Great quantities of white quartz arrowheads have been found on the east side of Lake Ronkonkoma . They are common eastward.

Village site on the east shore of Lake Ronkonkoma. Many quartz arrowheads and other relics have been found in the vicinity.

Walter Saxon of the Nassau County Museum of Natural History also publishes an article that describes a quartz arrowhead found at Lake Ronkonkoma in the New York State Bulletin (pp. 4).

The point is made of quartz and almost surely represents a fluted point made on Long Island of native Long Island materials. Quartz is one of the most difficult of lilith materials to use for point manufacture. The material used for this point is a granular, mottled, glassy and smoky quartz which has many irregularities, not the best type of quartz available on the island. Nevertheless, this point is an exquisite item and displays the fine workmanship that one often associates with the high grade lithic materials, chert and flint. It is a testimony to the craftsmanship of the Paleo-Indian. To the eye, it seems completely symmetrical in every dimension. It is lenticular in cross section and fairly thick. The thickness is probably due to the difficulty in thinning quartz, particularly the kind used for this point…Basically, this specimen is a gracile Clovis point. The fluting seems to be the result of the removal of one flake from either side. The length of the channels is about equal, 14 mm. on one side and 13 mm. on the other. The basal concavity and both sides, for a distance of 22 mm., are extremely smooth as a result of heavy grinding. 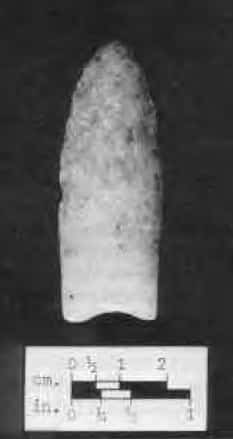 Daniel Denton reports on the significance of Lake Ronkonkoma (Ronconcoa). 1

The legend is that an Indian woman falls in love with a man from another tribe but the parents forbid her to marry him.  The woman kills herself on the lake.  Since that time there have been many unexplained deaths on the lake.

Another explanation is that the strange happenings on the lake are caused by the Under-Water Sea-Serpent, (Habomacu) the scales of which (pieces of mica) were given to the people by the Thunder beings for protection.

Thunder beings cause rain and the serpent has long been associated with rain. Sea-serpent can cause unexplained tides and whirlpools, which also occur in Lake Ronkonkoma. A famous etching of a sea-serpent was discovered in Brookhaven (Mica Tablet Site) on a piece of mica, and is located in the New York State Museum at Albany. 2

Raconkamuck may have been the original name of the large pond of water situated in the three towns of Islip, Smithtown, and Brookhaven. It is still retained in the modern and more softened form of Ronkonkoma as applied to the lake and to a village in its vicinity. 1

Historians have attempted to translate Raconkamuck from New England languages as a derivation wonkonk or wakonk-amuck, “the fence or boundary fishing place,” because the fences were the “live hedges” running through the first, lopped by the Indians and whites on the boundary line of the towns of Brookhaven and Smithtown, all terminating at the pond – the fishing place. 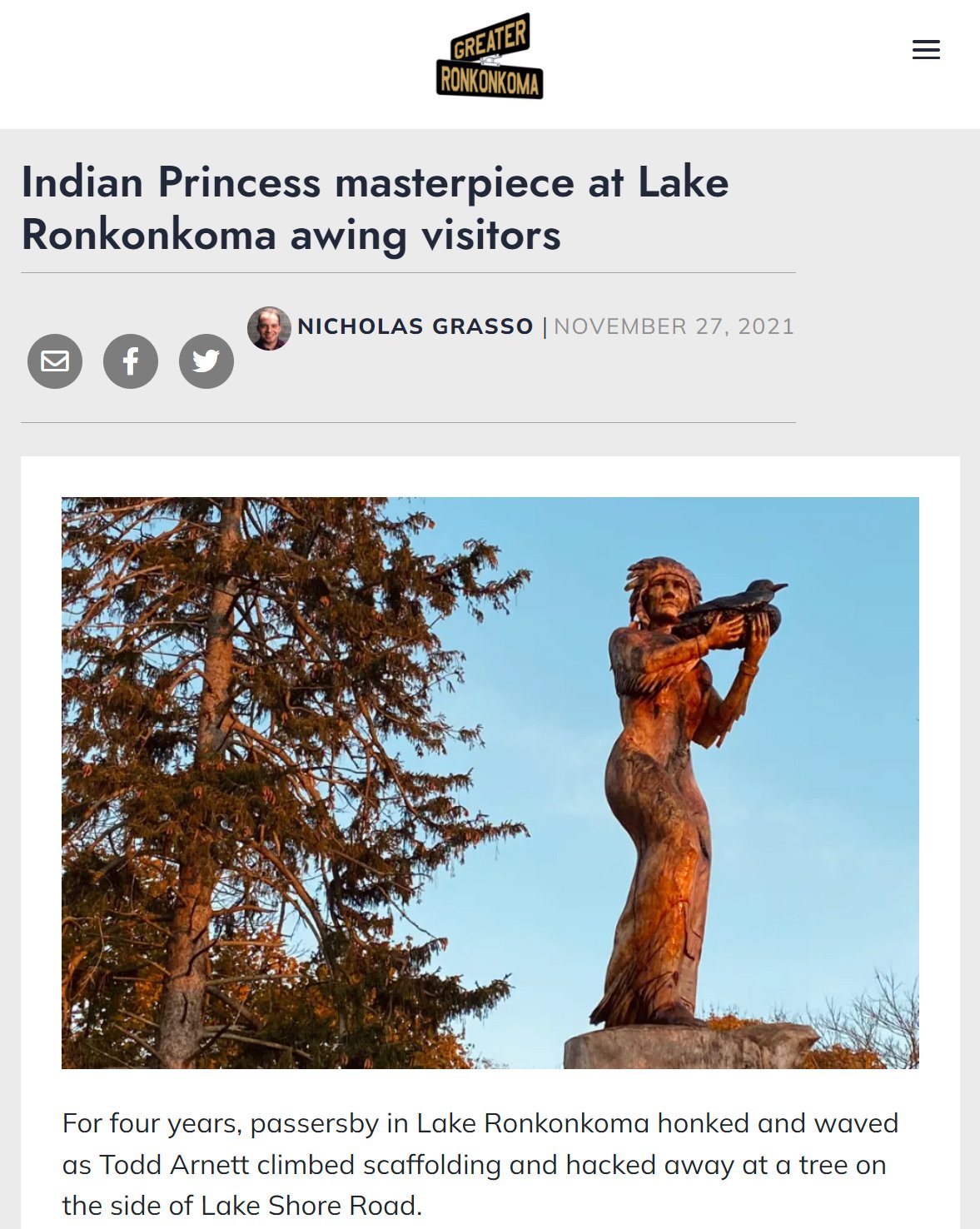 A false narrative, likely of colonial origin, describes an “Indian Princess” who kills men each year at Lake Ronkonkoma.  In November 2021, a statue was created based on this story1. The artist claims to honor Native peoples and “meeting with a shaman years back” but has not named any Indigenous consultants for the project.

The Indian princess is a stereotype and inaccurate representation of Native American and other Indigenous women in America.2