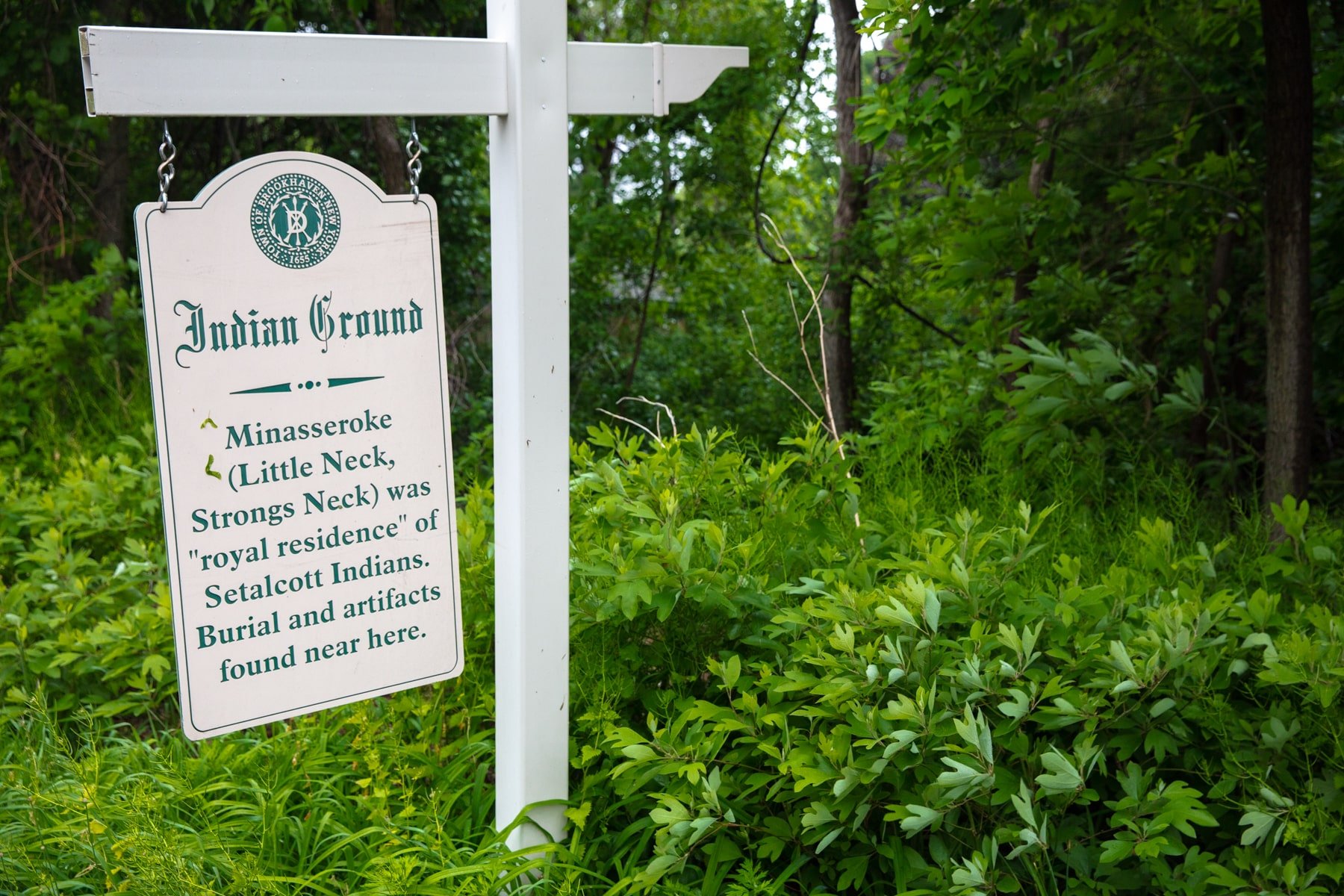 It is believed to have been the sacred residence of a Setalcott Sachem and his people. Artifacts and funerary objects have been found in the area.

In 1663, the majority of this land was bought by Daniel Lane, while a remaining 70 acres called “Indian Ground” was purchased by Andrew Gibb on November 28th, 1685. This designation was conveyed by the original Native people who lived there to Andrew Gibb in 1685. 1 A part of it is still known as “Indian Ground,” with a sign dedicated to its acknowledgment.