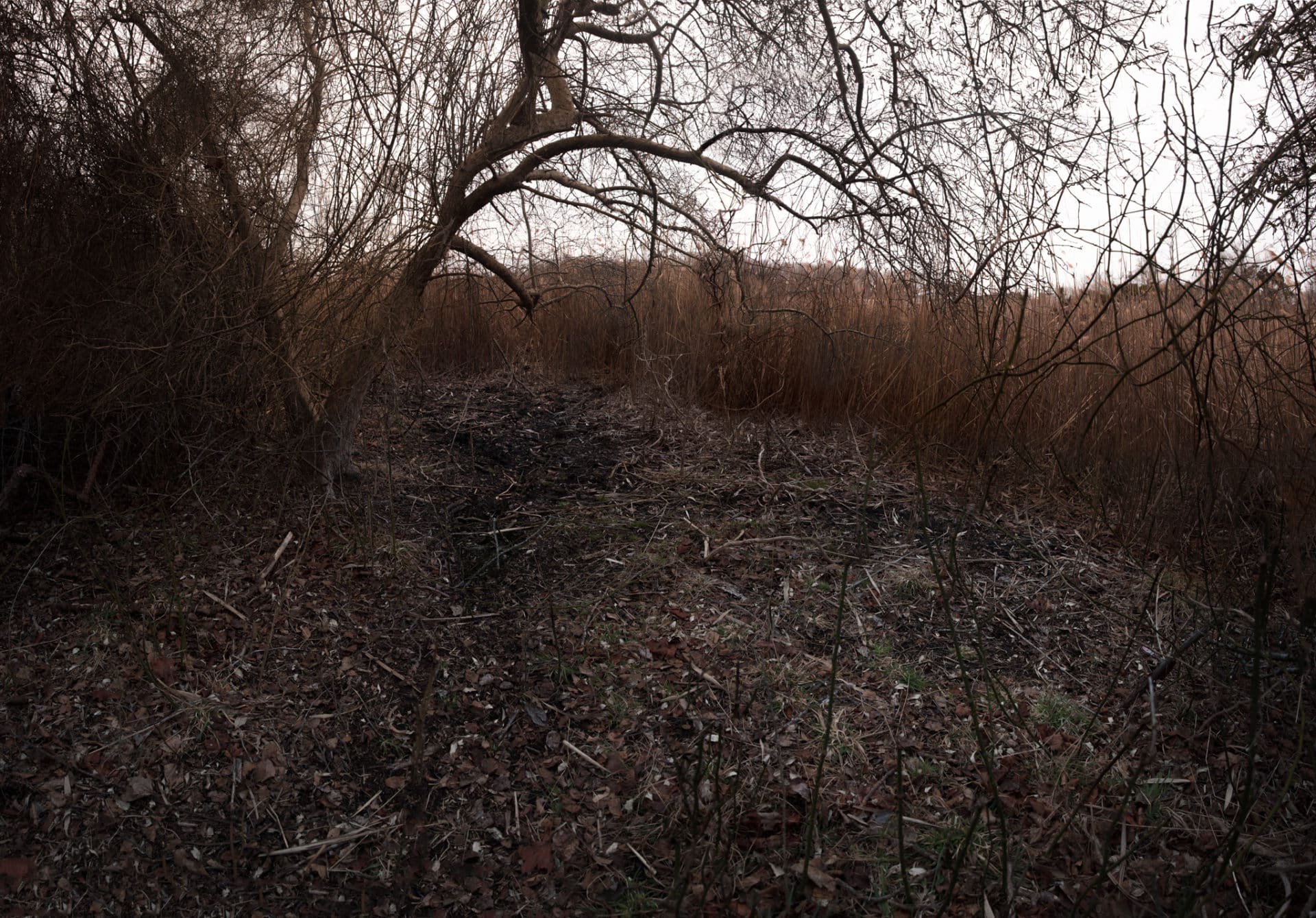 On Mamanock Neck,  a prehistoric Woodland camp and quartz arrowhead workshop site was found. Much of the material culture in this area suggesting human settlement was pottery fragments.

The area of Mamanock Neck covers the entirety of the neck of land of what is now south of East Moriches. This camp site only represents a fraction of what was found in contemporary time.

On September 25th, 1693, Aug. Graham surveyed this land for Doctor Henry Taylor and another “Two necks of land called by ye name of Marigies and Mamanock.” 1

Tooker describes Mamanock as a neck of land at East Moriches, Brookhaven town.

Large amounts of decorated and grit-tempered prehistoric pottery neck fragments were found in this area, among with quartz flakes, and fire cracked rocks were found, suggesting long periods of human activity in the area.

The meaning of Mamanock is unknown. Tooker translated the name to “land united or joined (to some other tract),” but his translation is based on the Chippewa Algonquian dialect (mamawissin, it joins together). 1

The specific traditional and Algonquian language name for this site has been lost, thus it has been given the name Witche Cochimincoake; above Cochimincoake.

The locative/preposition Witche, means among or above, which comes from Cotton’s Indian Vocabulary 2. Cotton also provides the words kenugke and waabe along with witche, but witche corresponds closer to other Algonquian dialects for above.

Cochimincoake describes what is now known as Moriches Island. Tooker mentioned that the name was first recorded in a law suit between John Cooper, plaintiff, and John Ogden, defendant, held at New York on October 30-31st, Nov. 1-2-4 during the early contact period of 1667, suggesting an accuracy in the name of the area. The direct translation was not recorded. Tooker describes the court case that regards whales casting upon the beach. 3

Kitchaminchok is local to this site, known as the sacred coastal area where the whales beached.