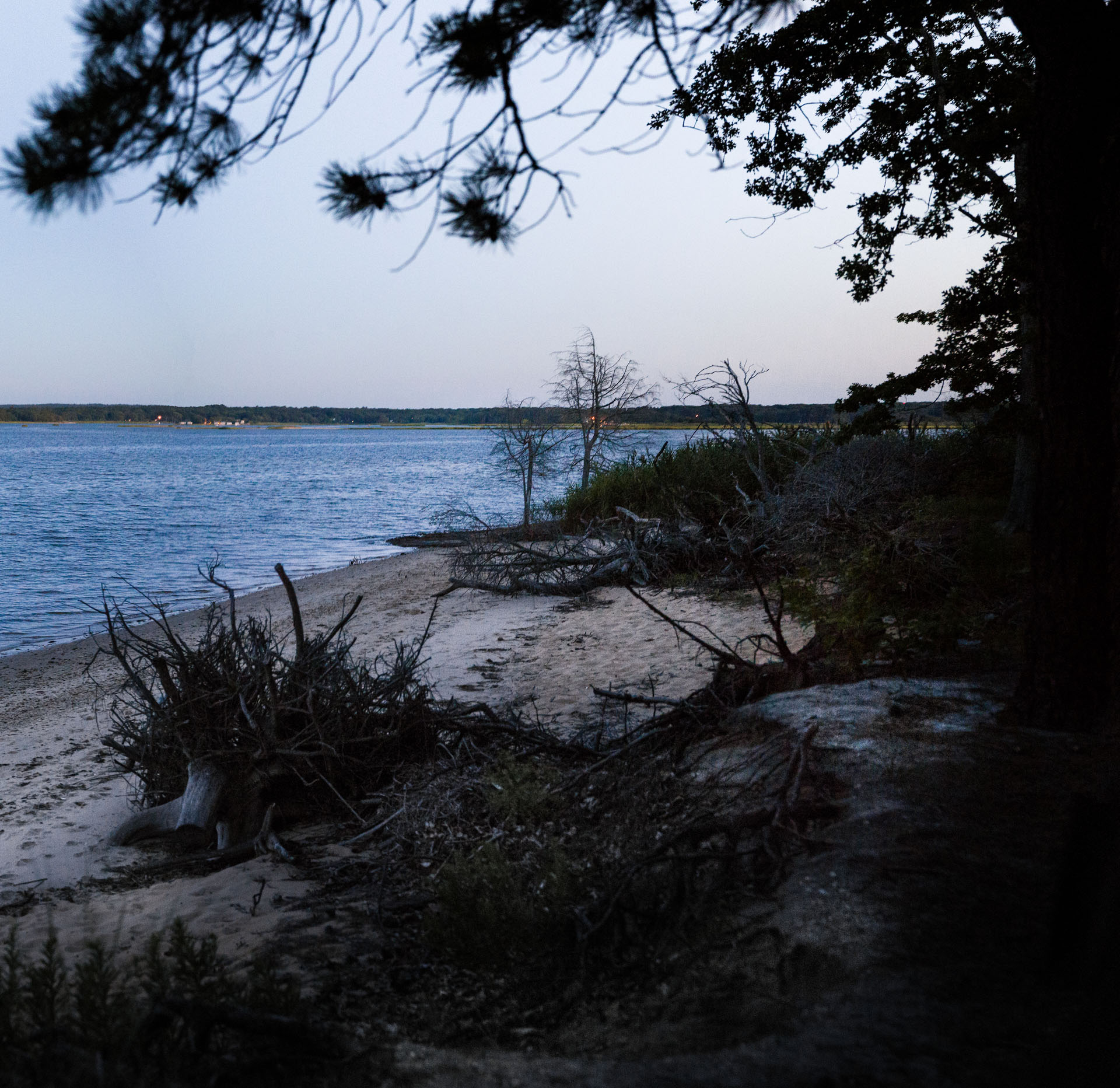 Indian Island is a site of spiritual significance. During a 2005 storm, the beach eroded exposing burials and artifacts. The Shinnecock and Unkechaug, in cooperation with the Riverhead Park and Town supervisors, repatriated the remains.

The area is within the Indian Island Park, used for camping.

In 2005, Heavy rains and high waves uncovered what might be an important early American Indian burial site at Indian Island County Park in Riverhead, N.Y. The site was discovered by a park supervisor after the Peconic River bank eroded in stormy conditions.

Archaeologists said they found bones from at least two people believed to be American Indians buried at the site during the Early Woodland period, from 800 B.C. to A.D. 800. They also said they found several artifacts, including a pipe and fragments of a bowl.

The remains were being examined by a forensic anthropologist.

“The bones were in small pieces,” David Thompson, vice president of the Suffolk County Archaeological Association, told Newsday. “They were obviously burnt. There were charred pieces of skull and small pieces of a jawbone. The fact that they were cremated is a holdover from a culture that immediately preceded the Early Woodland, which was called the Transitional Culture.

Officials said they were uncertain what will happen to the site. 1

Elizabeth Thunderbird Haile, a now-passed Shinnecock leader, said she was pleased with the respectful manner of county officials.

“This discovery was made by nature, however unintentional,” she said. “The fact they are being carefully tended to by the parks commissioner and his staff is very much appreciated.”

A member of the graves protection committee of the Inter-tribal Historic Preservation Task Force, Haile said the discovery of the small clay pot — about the size of a soup bowl — and pipe near the bones indicates the items were probably buried with their owner, likely as part of a cremation, as was custom with her ancestors. 1

“The ancient people had many, many ceremonies, but they never had one on what do with a reburial; they had never unearthed each other… Now, we have to address that. We’ll probably have to use the ancient burial ceremony and adapt it to a reburial.” -Elizabeth Haile

Cemeteries of the time “would be put in beautiful spaces like the islands at the head of an estuary, or just as possible on the highest hills nearby,” she said.

Haile said that after a scientific review is complete, she would prefer that the items be reburied near where they were found.

She noted that for an ancient society, the issue of reburial is something that never had to be considered until modern times.

In an interview with NY Times, Haile also said Shinnecocks lived in the area and called the burial location ”a beautiful spot where our ancestors wish to spend eternity. ” 2