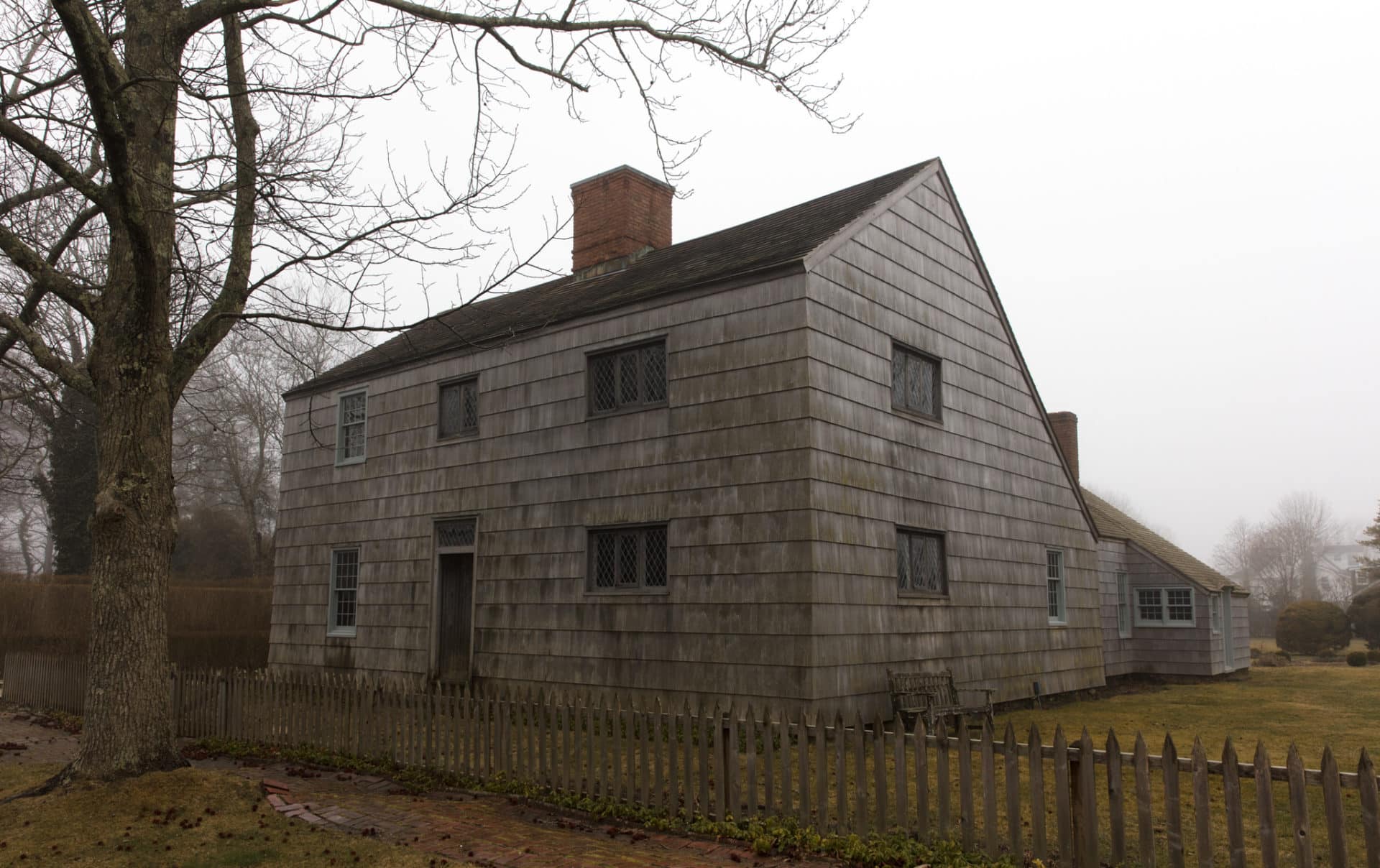 In 1649, Phoebe Halsey was murdered by Indians in Southampton. Montaukett Sachem Wyandanch consulted with Lion Gardiner, who urged him to go to Southampton and capture those responsible for the murder. After capturing three men responsible, the three men were brought to Hartford, CT to be hanged, and Wyandanch had been given control over the Shinnecock lands

In 1649, Phoebe Halsey, wife of Thomas Halsey, is killed by Indians in Southampton.

John Strong describes this event in his book The Algonquian Peoples of Long Island From Earliest Times to 1700 (1997 pp. 1997);

Although Wyandanch and .a few other sachems welcomed the English, the expansion of their settlements increased the potential for conflict and confrontation with the Algonquian communities. As the number of domestic livestock grew, the settlers began to fence off grazing lands encroaching on aboriginal hunting grounds. Pigs rooted out shellfish beds and broke into Indian planting fields with increasing frequency . In 1648 the Southampton settlers moved the center of their village to its present location and constructed several new buildings. The following February, the town proprietors granted John Ogden the right to locate six families on a tract of land lying to the north of the village near an Indian settlement. Howes (also known as Homes, Homeboy), one of the sachems who had signed the 1640 land transaction, may have lived there 1. The establishment of this small settlement, known today as North Sea, may have contributed to the tensions between Indians and the English settlers.

In the spring of 1649, following the expansion of the Southampton settlement, a white woman, the wife of Thomas Halsey, was murdered in her home by Indians. Lion Gardiner believed that the murder was in retaliation for the death of an Indian killed at Shinnecock several years earlier. Gardiner may have been referring to Daniel Howe’s execution of an Indian man, which was described in Hubbard’s General History of New England, 1682;

Daniel Howe and several armed men surrounded the wigwam of a man at Shinnecock who had been accused of killing an Englishman and called on him to surrender. When the man came out wielding a knife in a desperate attempt to break free, Howe and his men shot him.

“If they had been always so handled, they would not have dared to have rebelled, as they did afterwards”

The Shinnecock sachems apparently felt that the woman’s death had restored their honor and that the matter should not be pursued any further. The two cultures held very different views of justice in homicide cases. Both were concerned with deterring murder, but, for the Indians, as noted earlier, the murder of a clan member was a matter for that clan only, not the whole community.

When the English demanded that the Indians tum over the person or persons responsible for the murder of the English woman, their sachem refused to cooperate. The impasse led to an armed standoff between the two communities which lasted for several days 2. John Gosmer and Edward Howell, the Southampton magistrates, attempted to resolve the crisis by calling upon Wyandanch to honor the clause in the 1644 treaty requiring that Indians accused of crimes against English people be turned over to the English authorities. Wyandanch consulted with Gardiner, who urged him to go to Southampton and capture those responsible for the murder. Gardiner, who saw an opportunity to enhance Wyandanch’s status as a sachem, gave the Montaukett sachem a paper which asked the English settlers to grant Wyandanch safe conduct and to provide him and his men with food while they were on this mission for the English. 3 Gardiner’s charge to Wyandanch was very similar to the one he had given the Montaukett sachem at Fort Saybrook after the Pequot War. Wyandanch was again asked to prove his loyalty to the English and once again he used the opportunity to strengthen his alliance with the English.

One man had already been apprehended when Wyandanch and his men arrived. He soon captured two more men, one of whom was described as “a great man among them, commonly called the “Blue Sachem” 3. Unfortunately, no record of the discussions which must have taken place within the Indian community has survived, nor  is there any clue as to the identity of the “Blue Sachem.” If the sachem was an influential leader, as Gardiner states, he must have had supporters who would have sought to protect him from Wyandanch and the English. There is no record, however, of any resistance to the arrests of the Indian men accused of the murder.

Wyandanch brought the accused men to Southampton where the Indians were “gathered together in an hostile posture,” and called for a conference 2.

Wyandanch took the accused men to Hartford, CT, where they were all hanged.

After Phoebe’s murder, the house was named a “refuge center” in case of any figure attacks.

The Southampton Colonial Society acquired and restored the house in the years between 1958-1962, and the house is part of the state Historical Register. It is one of the oldest “salt box” type houses dating from 1648. It has authentic furnishings as well as period flower and herb gardens. 4

Mandush, one of the Shinnecock sachems who had signed the 1640 deed for Southampton came forward as spokesperson. He broke the impasse by publicly acknowledging that the Montaukett sachem was now sovereign over him and his people 1. Mandush cut up a piece of turf, gave it to Wyandanch and stroked the Montaukett sachem on his back, symbolizing his acceptance of a tributary status. The elders in the local villages gave their consent to Montaukett sovereignty, perhaps because they decided that it would be better than risking a war with the English. 2

Wyandanch’s status and influenced increased steadily after this. He now held the power to sell land belonging to his new tributaries, but he also had the responsibility to assure their good behavior. The following December when another dispute broke out over the planting grounds at Sebonac, about two miles west of Southampton ,Wyandanch was again called upon to help negotiate a settlement.