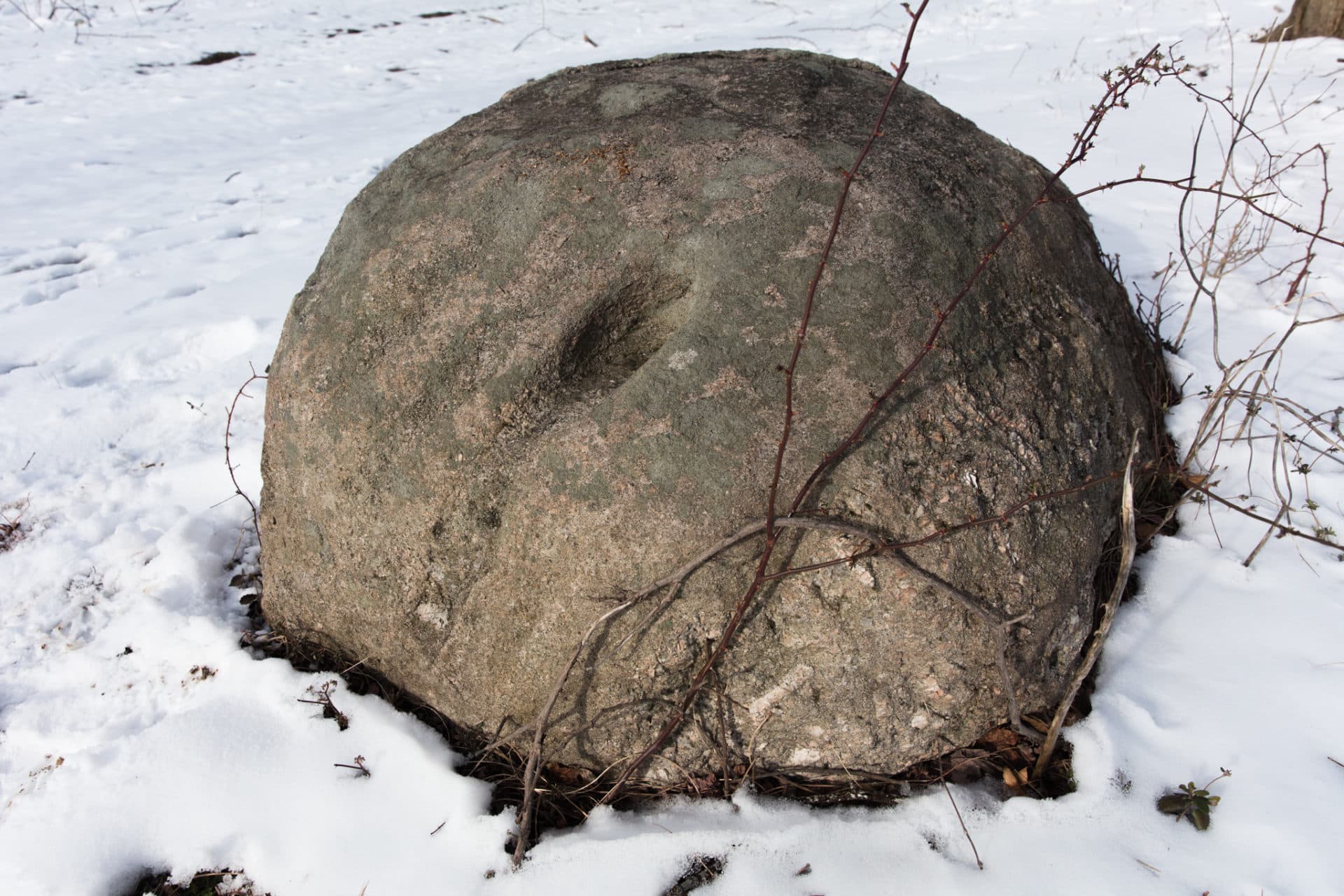 Tradition says that when the devil left this region, he leaped from this stone and in so doing drove his cloven foot into the stone.

Devil’s Footprint – Only a few rods in the rear of the old church, that is, east of it, is a granite boulder several feet high and about 3 feet across. On its top face is a crevice some 8 inches deep and as wide as one’s hand. This is said to contain always some water. This is the “Devil’s footprint.”

Tradition says that when the devil left this region he leaped from this stone and in so doing drove his cloven foot into the stone. His next step. Mrs. Fielding used to say, was to Long Island, where, she believed, the mate to the impression is to be found somewhere near Montauk, as she had heard the Long Island Indians speak of it.

…the rock has a distinct impression of some animal’s foot. much like a cow’s, extended to the depth of about ten inches. Some also believe that the devil had gone east to England.

The legend is not uncommon in other parts of America in the regions of European influence and beyond it as well. At Lorette, P. Q., Barbeau describes how the Huron have a similar stone, while I have encountered other instances in the East.

Gladys Tantaquidgeon attributes Devil’s Footprint, a large hooflike impression in a stone near the Mohegan chapel at Uncasville, to Maushop. Giants of various descriptions roamed the periphery of southern New England.

There is a legend about footprints. It seems that there was a Montauk Sachem, so tall and swift of foot that it only took three steps to go from the north for to the south fork and a print of the second step is supposedly on the land of the Sylvester Manor on Shelter Island and the third and last print was planted  on Montauk Point before he jumped into the ocean. The footprints were described as magic for no matter who placed his foot on the footprints they fitted, whether they were giants or infants.