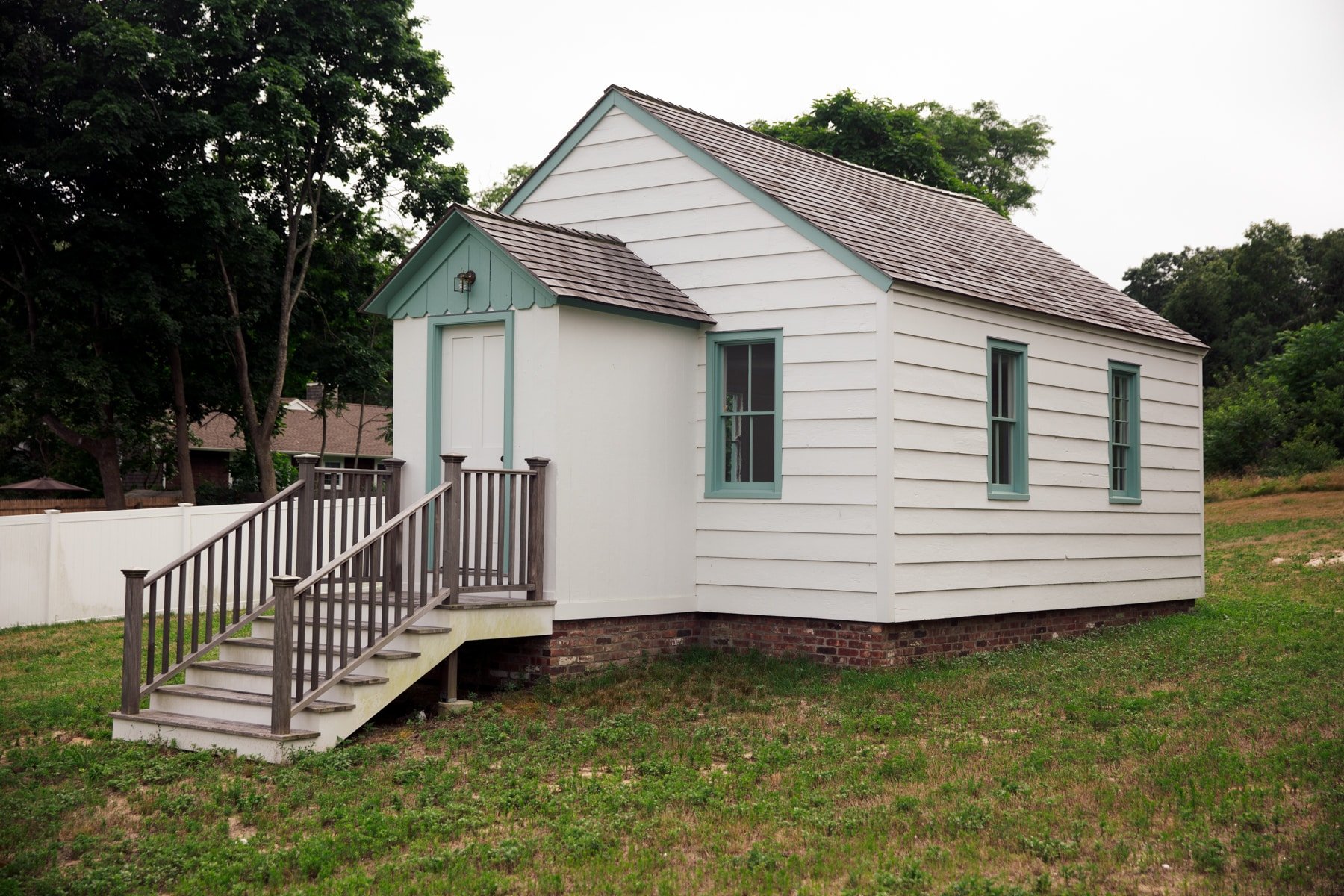 The Canoe Place Chapel, erected circa 1820, was the primary Shinnecock church while they still resided at Canoe Place.

The chapel is undergoing renovation to be used for social gatherings.

Department of Transportation Map of Town of Southampton showing Rev. Paul Cuffee‘s Congregationalist church as “Indian Meeting House” is located on east side of Shinnecock Canal, perhaps before moving to the west side during a later time. The map shows “Shinnecock Tribe and Indian Reserve” extending north to Peconic Bay, West to Shinnecock Canal and east to Heady Creek. 1

The chapel was erected around this time.

The original Congregational Chapel used by Rev. Paul Cuffee, now serving as the Parish Hall, was dragged across a frozen Shinnecock Bay by members of the Shinnecock tribe.1 The other half of the “old Church” remains on the other side of Shinnecock Canal at Canoe Place.

Some say that the Canoe Place Chapel was located exactly where Rev. Paul Cuffee’s grave site is currently, while others believe the church was once located closer to where it is located today. There are no records to support the fact that a chapel was ever constructed by Rev. Coffee’s grave.

An 1873 map shows the Chapel west of the canal in the woods on the King property behind the present chapel location on Canoe Place Road and not in the location of Rev. Coffee’s grave.

Perhaps, the chapel was never located near Rev. Coffee’s grave as the Long Island Railroad pushed through that area in the 1870’s and that would have been a reason not to place the chapel on that spot. It is speculated that the chapel located east of the canal was the structure that was divided with a portion going to the Reservation and a smaller portion “moved along the highway” to Canoe Place Road. 2

In 1943, the building received electric lights, though it has not been heavily modernized. After this time, it has been preserved by the Town of Southampton. (HBS) 3

2015 – Building moved to its current location on Canoe Place Road

2017 – The Canoe Place Chapel is now in the final stages of completion. Restoration is expected to be completed by the third week in April.