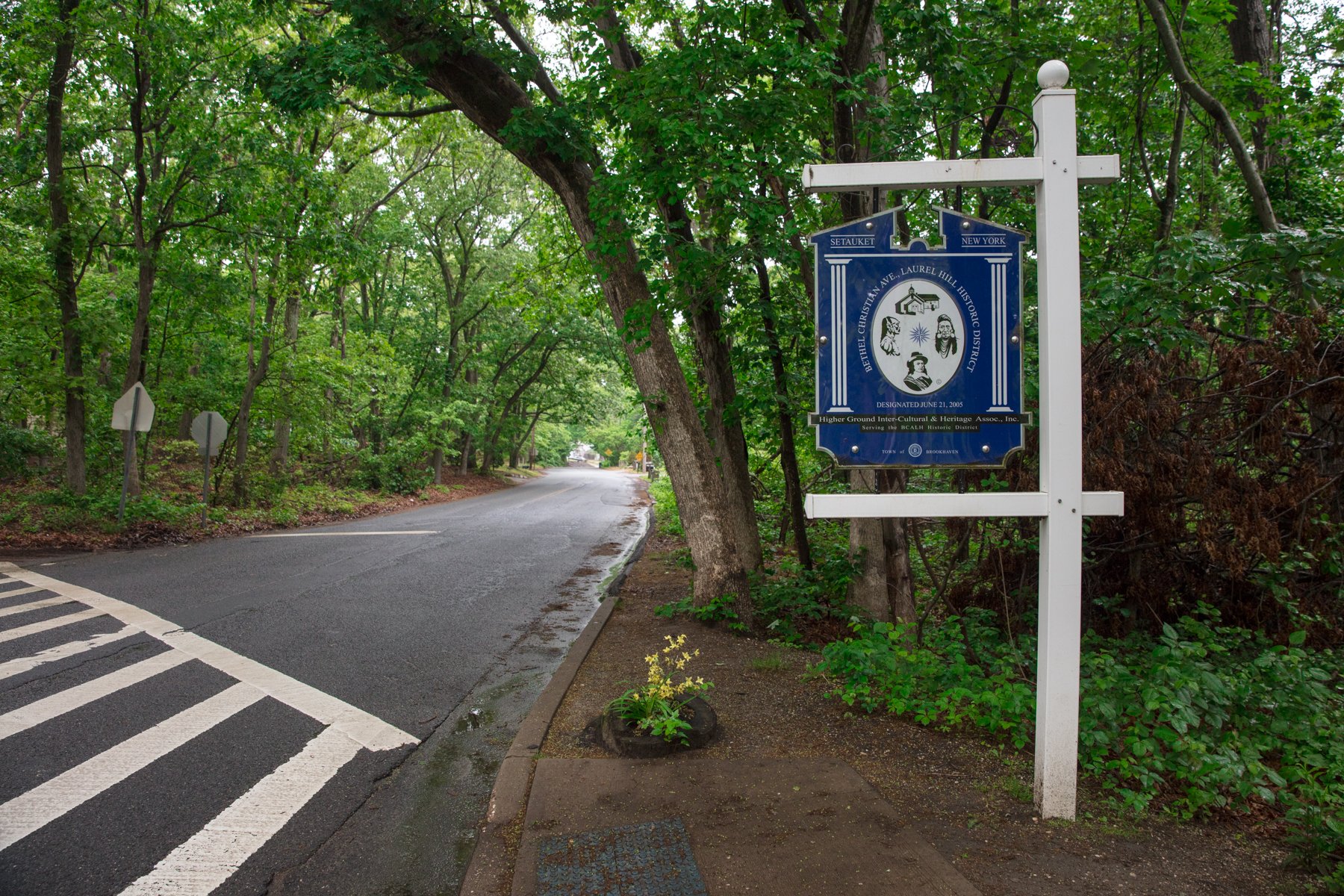 The Bethel-Christian Avenue-Laurel Hill Historic District (BCALH) was established and recognized by the Town of Brookhaven in 2005. It is a half-mile long stretch of Christian Avenue that includes the homes of several mixed heritage Native American and African American families as well as Bethel AME Church of Setauket, Laurel Hill Cemetery, and the Irving Hart Memorial Legion Hall.

The BCALH was founded in response to the loss of the R.W. Hawkins house, a small 19th century cottage that was home to members of the Calvin family for most of the 20th century. Despite being recognized as a historic structure, it was torn down by a developer who built a new, out-of-scale home in its place.