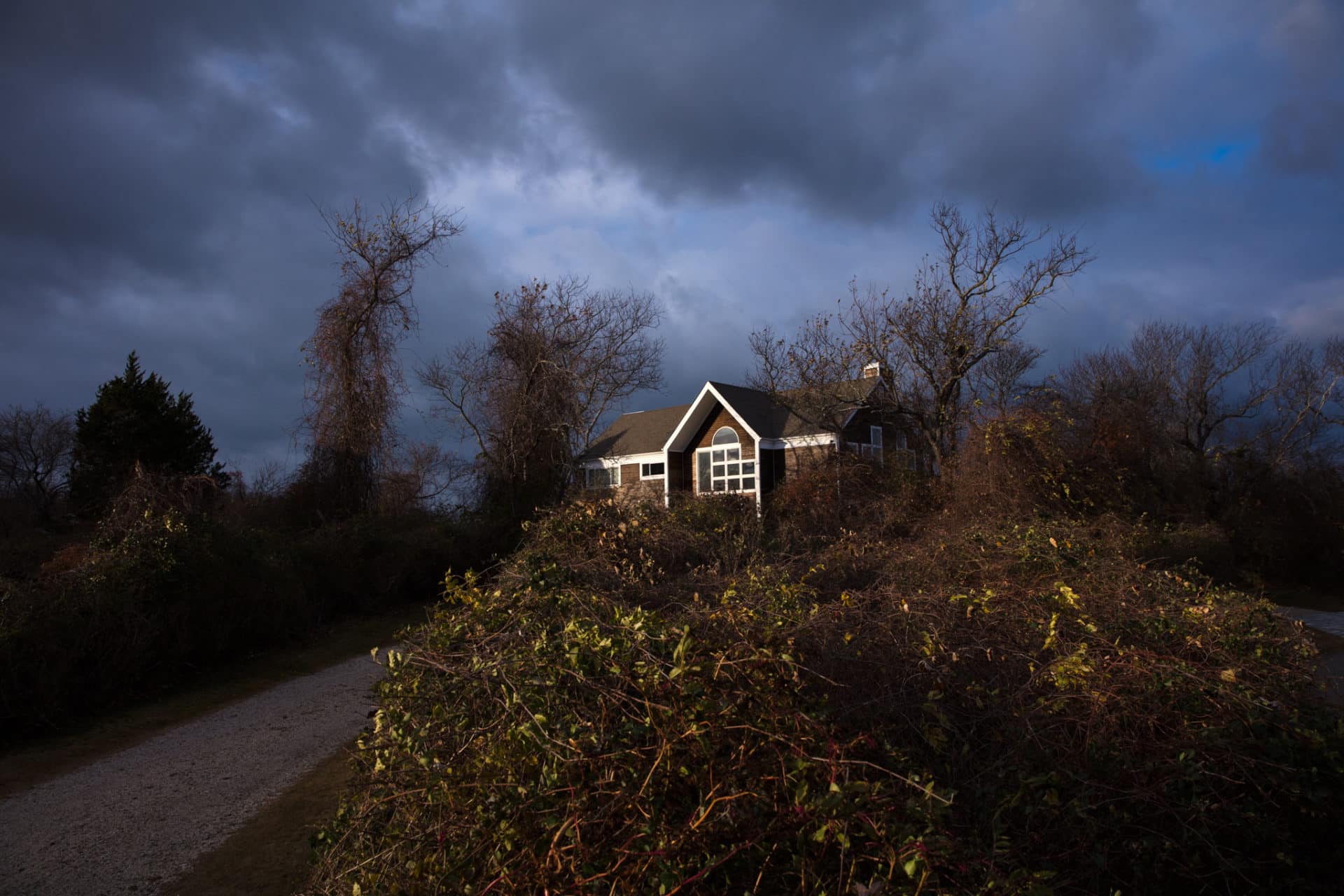 In 1928, a builder excavating a basement uncovered two graves of adult male Indians.

Archaeologist Roy Latham discovered the graves after they had been partially destroyed by the builder and vandalized by people of Amagansett who had run off with two copper buckets, spoons, and other large articles. Latham publishes this discovery nearly thirty years later in the NY State Archaeological Association Bulletin. 1

Latham describes the first burial as in an extended position associated with remains of wood, nails, textiles, and shoe buttons. The wood and nails may be the remains of European style coffins.

The second burial, which was the primary focus of his article, was also an adult male in the extended position. This individual had been wrapped in bark, leather, and possibly dyed textiles. It is interpreted that the leather and textiles were articles of clothing.

The bones of this individual were stained with a bright red pigment which Latham believed was too bright to have been red ochre. He concluded that the paint was a European made commercial dye. It is unclear whether the bones were colored from the textile dye, or were painted intentionally.

If painted, it suggests a complex mortuary ritual involving at least two stages. The paint would have been applied after the flesh had been removed from the bones in a “secondary” burial procedure. Such procedures were used by other eastern woodland peoples. Erminie Voegelin, who studied the burial customs of twenty eight eastern woodland groups, reported that the Delaware, the Nanticoke, and the Seneca buried their dead in the ground and then disinterred them after their bones were dry for a secondary burial ritual. [Voegelin, 1944; Gaynell Stone, The History and Archaeology of the Montauk Vol 3, 1993 pp. 609]

Jeanne Rattray mentions 2 the burial site in her book Montauk – Three Centuries of Sport and Adventure, 1938;

One [grave] is marked; that is partly obliterated, but still discernible:

That must have been Cyrus Charles, an Indian gin-keeper mentioned in East Hampton Town Records in 1753, and called King Cyrus in 1773. On Burying Place Point, on the west shore of Great Pond, most of the stones are gone; but Indian bones, upturned by recent improvements, may be found.

This must have been a favorite spot for the manufacture of arrows. Flint was heated, a stick dipped in cold water, and the hot stone chipped to the desired shape. Quantities of the flitn chips are to be found here, on the edge of the pond.

In 1927, a stone samp-mortar and pestle were found here.

Artifacts associated with the graves included 6,000 purple quahog and white whelk wampum beads in a belt or vest over the upper half of the body; a necklace of 255 wampum beads, and some made from the stem of a kaolin pipe; and “goose-head” shaped purple quahog shell heads; 32 copper buttons; three pewter buttons; twenty tiny copper tubular heads; minute brass and shell disk beads; striped red and blue, black, and clear glass beads; a brass ring; a small brass chain; a bone knife handle; a copper pail; two spines of dogfish, and the skeleton of a small dog. 1

In 1928, archaeologist Roy Latham discovered graves after they had been partially destroyed by the developer and vandalized by people of Amagansett who had run off with two copper buckets, spoons, and other large articles.[Gaynell Stone, The History and Archaeology of the Montauk Vol 3, 1993 pp. 608]

Both traditional stone grave markers and contemporary headstones were found and moved from the area for residential development. 1

Ayeuonganit (n.) – to the place, from ayeau – he is located, he is in this or that place.

The contemporary name for this cemetery is Burying Place Point, however for the project, it has been renamed for it’s unique feature of commercial house paint found in the graves which used in substitution for red ochre that served as a traditional and ceremonial function