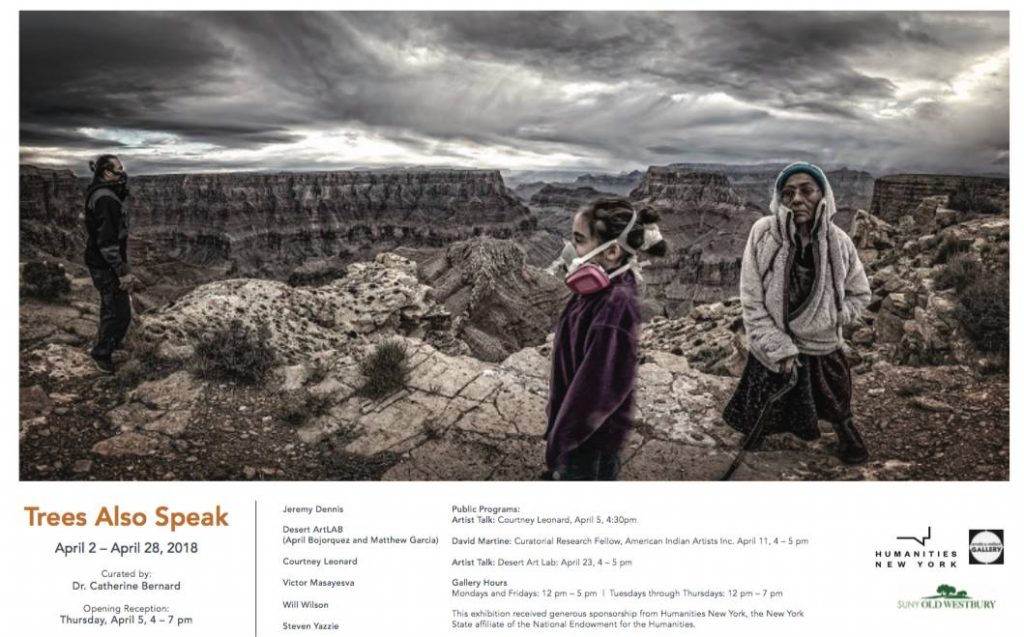 The Amelie A. Wallace Gallery at SUNY College at Old Westbury presents Trees also Speak, an exhibition curated by Dr. Catherine Bernard that features the work of six Native artists from the United States, including two artists from Long Island. The works cover a diversity of mediums: film, video and photography and mixed media installation. The artists in Trees Also Speak act as storytellers who create narratives that examine the colonial and neo-colonial practices that govern the exploitation of indigenous lands, whether it is tourism, mineral extraction, water contamination, and underline the need for sustainable and shared strategies for land use. In many ways their work is about recovering a collective memory and environmental responsibility. They look for alternative models of thinking that stress and honor our interdependence and connectedness with the lands that we rely upon and on which we stand.

In a 1997 study, ecologist Suzanne Simard discovered that trees interact with one another through underground networks, showing that cooperation is a paradigm found in nature, one that counterbalances the competitive evolution model and argues that interdependence is an intrinsic character of living things. In his book of essays, The Relative Native, Brazilian anthropologist Eduardo Viveiros de Castro discusses a conception of the world as being inhabited by different sorts of beings, humans and non-humans, who apprehend reality from distinct points of views.
Both analyses inspired Trees Also Speak, whose artists affirm our interconnectedness with the natural world and underline our responsibilities for its stewardship with works that acknowledge the exploitation of native lands, the assault on the natural environment in indigenous communities, and the need for a shared awareness and common solutions. They understand that a sustainable future must take into account cultural and political claims specific to native peoples rooted in the present and not only the past.

Jeremy Dennis (Shinnecock Indian Nation), an alumnus of Pennsylvania State University, is a visual artist who uses the web as a platform by which to establish and preserve the indigenous identity of his tribe. With On This Site, an interactive website and installation that describe and analyze several sites on Long Island and relate them to indigenous history, Dennis honors ancient sites that belonged to Native people.

Desert ArtLAB is an artist collective formed in 2010 by April Bojorquez (Chicana, Raramuri) and Matthew Garcia (Chicano). Based in Phoenix, Arizona, Desert ArtLAb works with desert communities to share a vision of sustainable environment based on practices of indigenous ecology. A Fellow at the Smithsonian Institution’s Latino Museum Studies Program, Bojorquez is an independent curator at the intersection of art and anthropology who strives to create interactive environments that explore place, identity, and museum practices. Garcia’s practice investigates ecology and its relationship to knowledge systems. His work has been presented at the Ecole National de Beaux Arts in Paris and the Balance-Unbalance festival in Noose, Australia, among others. Bojorquez and Garcia are 2016 Creative Capital Awardees in Emerging Fields.

Courtney Leonard (Shinnecock Indian Nation) is an artist and filmmaker whose work links ecological sustainability to the preservation of history and memory. A contributor to the Offshore Art movement, Leonard’s practice investigates narratives of cultural viability as a reflection of environmental record. Raised in the Shinnecock Nation, Leonard’s work explores and documents the historical ties of indigenous people with the ocean and its resources.

Victor Masayesva, Jr. (Hopi Tribe, Hoatvela Village), is a photographer and filmmaker whose work is steeped in Hopi culture and traditions. He is a life-long advocate for the implementation of indigenous aesthetic in multimedia productions. Masayesva has curated programs at the Museum of Modern Art and has been an artist-in-residence at the School of the Art Institute of Chicago, the Walker Art Center in Minneapolis, and the Banff Centre for Arts and Creativity in Alberta, Canada. In his film Itam Hakim, Hopiit: We Someone, the Hopi, Masayesva interprets visually the narratives of Hopi history and traditions as told by Ross Macaya, an elder of the Hopi storytelling clan.

Will Wilson (Navajo Nation) is a photographer who has received numerous awards, including the prestigious Joan Mitchell Foundation Award. He is currently the King Fellow artist-in-residence at the School of Advanced Research in Santa Fe, NM. He has held visiting professorships at the Institute of Native American Indian Arts, Oberlin College, and the University of Arizona. His series Auto Immune Response (AIR) takes as a subject the relationship between a Diné (Navajo) man and the beautiful but toxic environment he inhabits.

Steven Yazzie (Navajo Nation & Laguna Pueblo) is a multidisciplinary artist who addresses the relationship between native cultures and landscape with socially driven projects that use specific geographies within the southwest region of the United States as points of reference in framing metaphors of cultural condition, i.e., land as a source of identity, conflict, and resource. He has exhibited at the Museum of Modern Art, New York, the National Gallery of Ottawa, Canada, and the Museum of Northern Arizona, among others. He is a recipient of a NEA grant and The Joan Mitchell Foundation Award. Mountain Song reflects on the relationship between the land and the history and cosmology of the Navajo people.

This exhibition received generous sponsorship from Humanities New York, the New York State affiliate of the National Endowment for the Humanities. The views expressed in this exhibition and its public program do not necessarily represent those of either organization. An illustrated catalogue accompanies the exhibition. 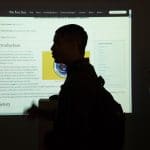 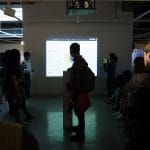 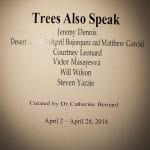 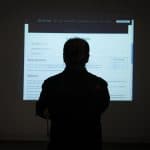 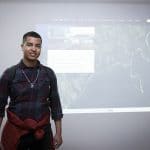 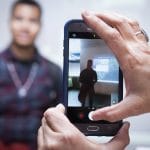 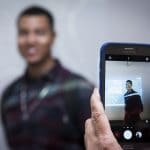 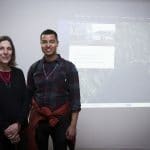 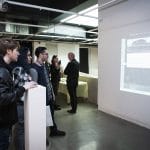 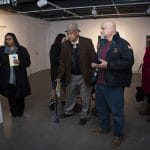 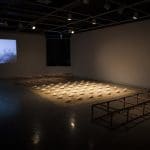 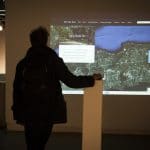