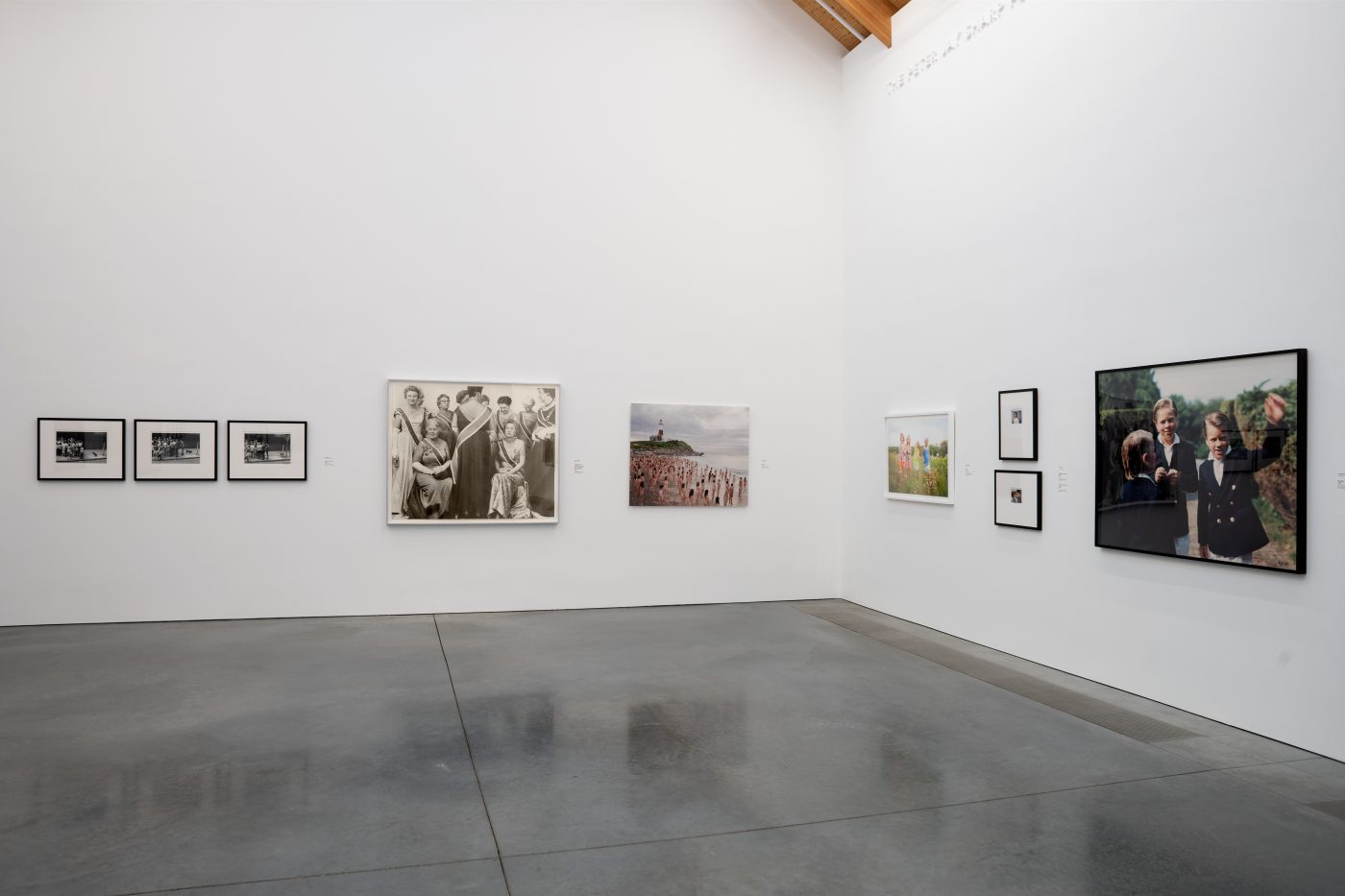 On Easter Sunday 1939, photographer Richard Avedon was one of millions nationwide who listened to the radio broadcast of a concert given by the famed African American contralto Marian Anderson on the steps of the Lincoln Memorial. Like most Americans, the teenager was stunned when the D.A.R. refused to let Anderson sing in their “whites only” concert space Constitution Hall. First Lady Eleanor Roosevelt intervened and arranged for the internationally known artist to perform on the steps of the Lincoln Memorial, an appearance witnessed by a crowd of 75,000 gathered on the mall. Some 25 years later, on assignment to photograph the group at their annual convention, Avedon seized the moment to make his own revealing portrait of the “Generals.”

Avedon’s photograph reminds us of the power of photography to stir our emotions, record our history, and capture both large and small details and this selection from the Parrish collection reveals unity in diversity. Since 2007 Lindsay Morris has been documenting an annual weekend summer camp for gender-nonconforming children and their families, opening a dialogue to what can happen in an environment where there is support for the first gender-creative childhood. During a 1999 artist’s residency at the Parrish, Dawoud Bey worked with students from local high schools as part of his ongoing project to bring young people and museums together, seen here in the composite portrait of Southampton High School senior Anthony.

In photographs of children and adolescents, Linda Alpern, Tina Barney Adam Bartos, Larry Clark, and Herbert Randall capture moments of trying on outward roles of grown-ups in dress and demeanor. They reveal the universality of the experience of children on the brink of adolescence and remind us of what we collectively have in common with that experience rather than how we differ.

In his ongoing project, Spencer Tunick reaffirms our First Amendment rights, this time in the shadow of The Montauk Point Lighthouse, the first public works project under President George Washington. Jeremy Dennis documents two realities: the geography of his imagination alongside that of the land where he grew up as a member of the Shinnecock Indian Nation in Southampton. Jackie Black documents a soldier’s funeral motorcade as it crosses Shelter Island. Elliott Erwitt has often turned to the canine world to furnish the best commentary on human beings. In this triptych, a four-legged observer ably communicates his impression of long-time New York Governor Nelson Rockefeller.